The idea of the projects is to encourage students to work scientifically and learn by investigating. Students should work as scientists as they investigate and explore their physical and natural surroundings. They should apply skills of enquiry during this investigative work:

​Designing and making is another aspect of the project development and gives students the opportunity to apply scientific ideas to everyday situations and problems. Students are encouraged to explore, plan, and make models and functional objects in order to solve practical problems.

It is important for an experiment to be a fair test.
You conduct a fair test by making sure that you change one factor at a time while keeping all other conditions the same.

For example, let's imagine that we want to measure which is the fastest toy car to coast down a sloping ramp. If we gently release the first car, but give the second car a push start, did we do a fair test of which car was fastest? No! We gave the second car an unfair advantage by pushing it to start. That's not a fair test! The only thing that should change between the two tests is the car; we should start them down the ramp in exactly the same way.

Let's pretend we're doing an experiment to see if fertilizer makes a plant grow to be larger than a plant that doesn't receive fertilizer. We put seeds of the same kind in three pots with fertilizer and rich soil. But, we run out of soil so we put the seeds without fertilizer in three pots filled with sand. We put all six pots in the same location and water each one with the same amount of water every other day. The plants with soil and fertilizer grow to be much larger than the ones grown in sand without fertilizer. Is that a fair test of whether fertilizer makes a plant grow to be larger? No! We changed two things (type of soil and fertilizer) so we have no idea whether the plants with fertilizer grew to be larger because of the fertilizer or whether the other plants were stunted by being grown in sand. It wasn't a fair test! All of the plants should have been in the same kind of soil.

Conducting a fair test is one of the most important ingredients of doing good, scientifically valuable experiments.

To insure that your experiment is a fair test, you must change only one factor at a time while keeping all other conditions the same.

Scientists call the changing factors in an experiment variables. 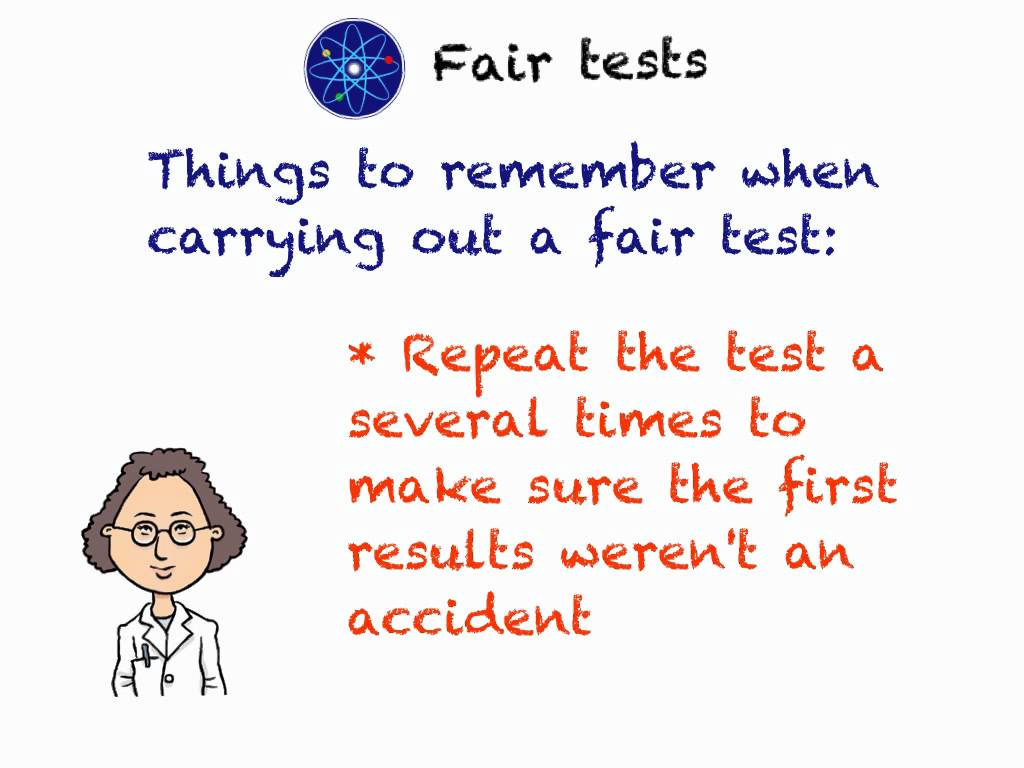